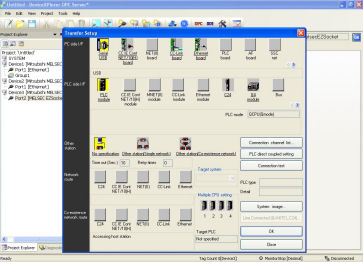 It is possible to configure the communication setting by the same screen as useful GX Works (GX Developer).

DeviceXPlorer doesn't happen the mismatch of response message and required message, because the Sequence number is embedded.

Communicating shared memory of Ethernet unit by random access buffer, You can exchange datas high-speed , it doesn't depend on PLC's scan time. 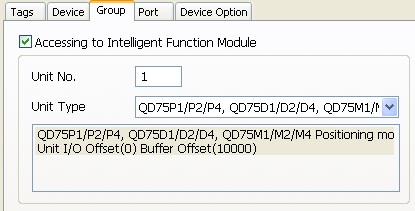 Buffer memory"G" can only be accessed by groups for which the intelligent function module access is enabled. For example , When you select "QD75" and access to "G800", you can get "Current feed value". 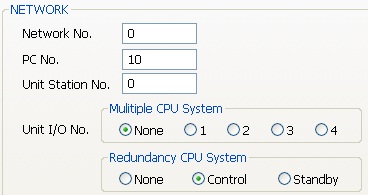 You can access to other CPU on MELSEC/H and CC-Link/IE via the Ethernet unit. You can construct flexible system configuration , but the communication performance is lower.

You can access the device memory of the CPU among two or more CPU installed on Q bus. Because the transfer function between CPUs side is not used, the system construction of high throughput is possible.

It is possible to access CPU by specifying control system or standby system, system A or system B. By combining with the redundant function of the DeviceXPlorer, it is possible to correspond to the redundant system that automatically switches the line when the communication abnormality is generated.